Window Shopping: All eyes on the Sandman!

DFBB Registered Users, Moderators, Member, Moderator 4,805 Posts
February 22 edited February 22 in General TSB Discussion
Dang. $99, presumably, for a 1% chance at Rivera. I know there's a nice chunk of gold and lxp, but the expected probability for Rivera is less than 23%! Good lord!  😭😭😭 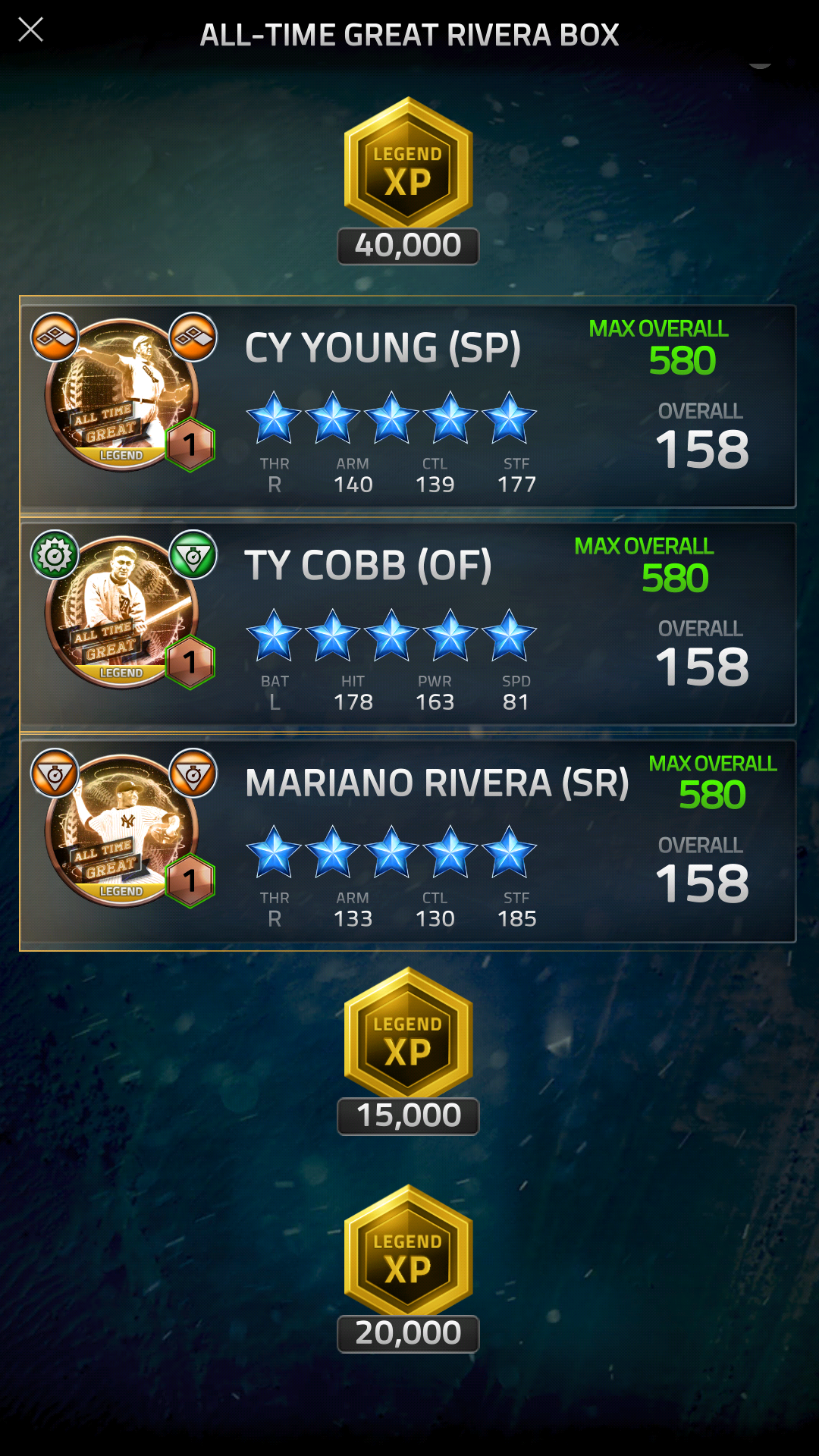 edit: Now that i'm a bit more calm, I guess it's not the worst thing in the world if you need/value gold and lxp. If you're the type that's okay with spending a bit: you'll get 13k gold and likely, over 600k lxp. I guess for some, that's worth the $99. Whatever. I'm still salty about it.