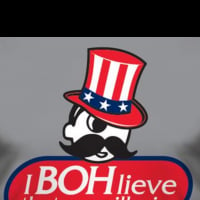 xracman Registered Users, Member 397 Posts
July 2020 in General TSB Discussion
What does this question even mean?  Randy Johnson's famous winking AB was against Larry Walker".  I can't find anything on Google about Johnson hitting with Walker pitching, which is what the statement actually says.  I think this refers to the AS game vs Kruk at bat.  So the answer would be No.
0
Prev12Next