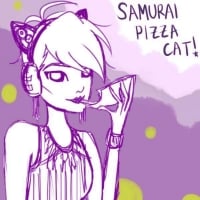 Players are experiencing the no show of free cash/stars from offers. This is an issue that all glu games are experiencing. If this offer was completed very recently, sometimes it takes a few hours for them to be credited to your account, so don't freak out straight away and please be patient.

Firstly, read the Offer Requirements carefully before hitting the Earn Stars Button. Listed before it will be what is needed in order to successfully earn the cash/stars. (Pictured below)

If you believe you have, it is recommended that you make sure you have Fully Completed the offer. You can check on an Apple device by going to your Offer Status. You can do this by clicking the "Other Offers" option then clicking the "?" in the top right hand corner of the window. This will show the status of all your offers as shown below. Under each offer it will say "Completed" or "Viewed" and to the left of it a link called "Contact Support". If it says "Completed" contact the sponsor via the link. If it says "Viewed" this means you have not met the offers requirements.

Hopefully with any luck if it does say "Completed" and you contact the sponsor via the link, you should get your currency. There have been issues surrounding the free offers since glu switched to these sponsors

In the meantime you can earn stars in the game too by completing the Achievements, which you can find under the the Tick icon in the bottom right hand corner and selecting the Achievements Tab. You can complete them by performing certain actions. For example: any actions relating to alcohol counts towards the Barfly Achievement.

Please note: No one on the forums can actually give you your credits, you need to contact the sponsor as mentioned above. This game is new so issues like this are to be expected.

"URL="https://glumobile.helpshift.com/a/kim-kardashian-hollywood/?s=general&f=i-completed-an-offer-but-did-not-receive-the-currency-on-ios-tapjoy"]FOR iOS[/URL We are sorry about the problem you are having with offers in our application. These offers on the Apple platform are provided by our partner " Tapjoy". They have a support system in place for cases like this. Their staff is more than happy to investigate any issues pertaining to these advertisements. The easiest way for you to get a hold of Tapjoy is through the support links which they provide in each of their platforms. If you are using the in-app version of the Marketplace, you can reach them through the “Missing Points?” link at the bottom of their list of offers. If you are using the My Tapjoy app, open it and log into your account. From there, you will be able to find the failed offer and report it to their support team. No matter the route, your issue will get to them and they will respond to you as quickly as they are able.

Thank you very much for understanding.
Glu Mobile Customer Care. "


"URL="https://glumobile.helpshift.com/a/kim-kardashian-hollywood/?s=general&f=i-completed-an-offer-but-did-not-receive-the-currency-on-android-sponsorpay"]FOR ANDROID[/URL We are sorry to hear that you are having problems with offers in our application. Our partner Fyber (formerly Sponsorpay) provides these offers and they will be happy to assist you promptly.

The best way to reach them is through the “support” button located at the bottom of the offerwall within the game. Please note that proof of your completed offer may be required.

If this offer was completed very recently, please be patient as sometimes it takes a few hours for the validation to take effect depending on the offer type.

Thank you very much for understanding."


Statements taken from the the KKH Customer Care site. We do not work for glu.

Some players, including myself, are experiencing an error message when selecting this option. This could be down to a few things. The first being: there are currently no video offers implemented by glu/sponsors. It's glitched. Or it is only available in certain countries.